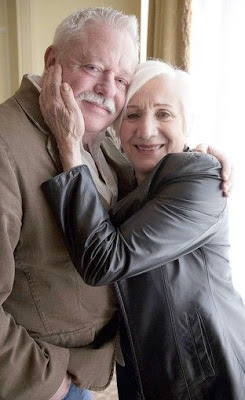 Actress Olympia Dukakis was born on this day in 1931 (she died just last year, which I criminally let slide by because I was working on something else at the time.) She deservedly won a Best Supporting Actress Oscar for her role as long-suffering Italian-American wife and mother Rose Castorini in 1987's Moonstruck. As good as that movie is--one of the best films of the '80s in my opinion--I'd like to focus on an equally memorable character of hers, middle-aged, free-spirted San Francisco landlady Anna Madrigal, and that beings us to the dude right next to Dukakis, writer Armistead Maupin. Starting in 1974, Maupin took a page out of Charles Dickens and began writing a series of interconnected stories that appeared first in the Marin County-based Pacific Sun, and when that paper folded, the San Francisco Chronicle. Once Maupin had enough material, he did a bit of rewriting, and in 1978 came out with this: 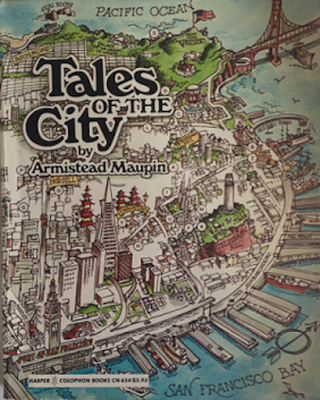 The humorous and sometimes poignant adventures of a collection of straights and gays living in the City by the Bay, it proved to be a best-seller and has been followed by many sequels in the decades since. The television rights to the book was picked up by HBO, with hopes of turning it into a weekly sitcom. But the novel's casual attitude toward casual sex (particularly among gay men) made it seem less like a sure bet as Reaganites took over of the country and the AIDS pandemic began taking its deadly toll. So the rights were dropped, but then quickly picked up by... 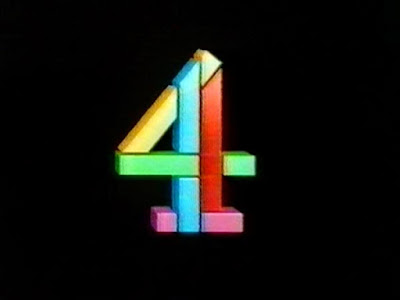 ...4? The rights were picked up by a number? Actually, it's Channel 4, a British network, and rival of the BBC, that came into existence in 1980. Tales of the City, the miniseries, made its television debut in the United Kingdom in September 1993. Four months later, it crossed the Atlantic, ending up... 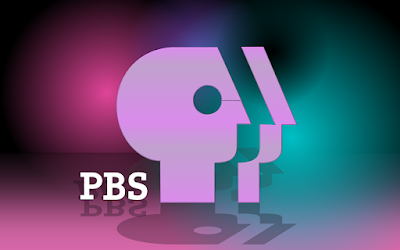 ...here, a chance if there ever was one for the publicly-funded, nonprofit US network to let its hair down, and get big ratings in the process (though not big enough to calm down outraged conservatives in Congress, who've made sure nothing like that would ever again be shown on a broadcasting system that gets 15% of its operating budget from the federal government, the subsequent reruns and three sequels ending up on cable instead.) 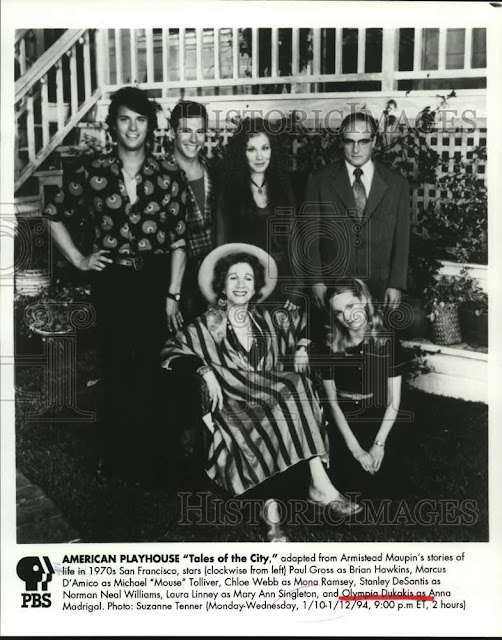 I doubt if too many Americans watching PBS' American Playhouse in 1994 realized they were viewing a British production since the whole thing seemed as American as Ernie and Bert. The following is the trailer for the 20th anniversary DVD box set, but if you were around back in the day, try to imagine seeing it for the first time during the early years of the Clinton administration:

British production notwithstanding, all those American accents would have sounded a bit odd on Masterpiece Theatre, don't you think? Of course, the nudity would have made it odder still.

You saw a few seconds of it during the trailer, but here's the scene in its entirety of the first meeting between Laura Linney's Mary Ann Singleton and Olympus Dukakis' Anna Madrigal:

Mary Ann Singleton is from Cleveland, as am I, and neither one of us can tell you what the hell that... 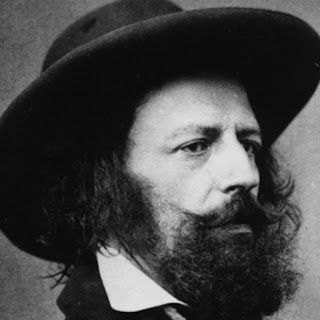 ...Tennyson poem has to do with anything. Maybe if I google it:

How sweet it were, hearing the downward stream,
With half-shut eyes ever to seem
Falling asleep in a half-dream!
To dream and dream, like yonder amber light,
Which will not leave the myrrh-bush on the height;
To hear each other's whisper'd speech;
Eating the Lotos day by day,
To watch the crisping ripples on the beach,
And tender curving lines of creamy spray;
To lend our hearts and spirits wholly
To the influence of mild-minded melancholy;
To muse and brood and live again in memory,
With those old faces of our infancy
Heap'd over with a mound of grass,
Two handfuls of white dust, shut in an urn of brass!
I'm pretty sure lotus is some kind of drug (Anna Madrigal attaches joints to the doors of new tenants as a welcoming gift), but all this stuff about tender curving lines of creamy spray, I just don't get! Maybe if I google some more: 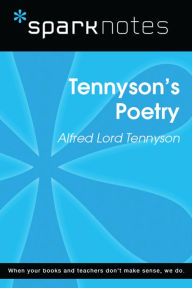 Hmm. It sez here it's a poem about "mariners."