Actor Howard Hesseman, best known for playing deejay Dr. Johnny Fever on WKRP in Cincinnati, was born on this day in 1940. In this clip from 2013, he gives a brief interview on what was then the very funny 1970s sitcom's 35th anniversary:


"What a cool camera pack!" Unfortunately, the camera pack that so caught Hesseman's attention is not visible in the video, and it has me wondering what exactly it looked like. Some possibilities: 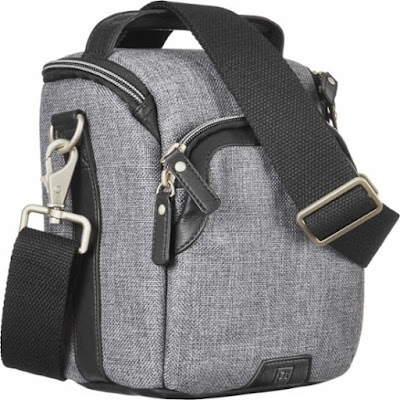 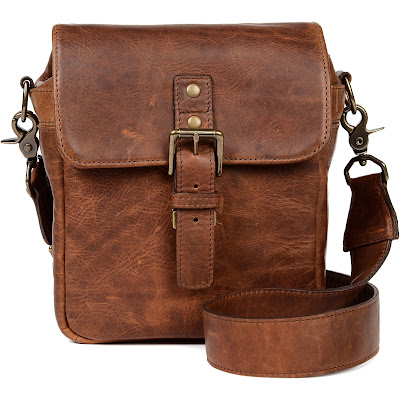 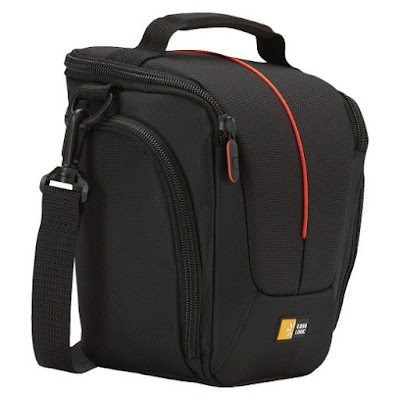 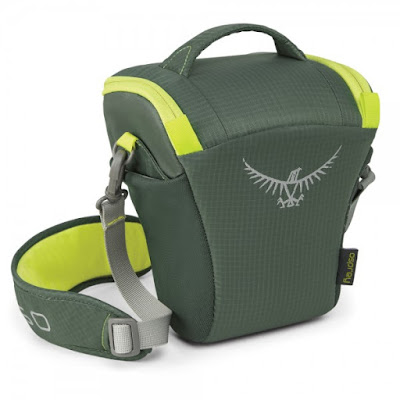 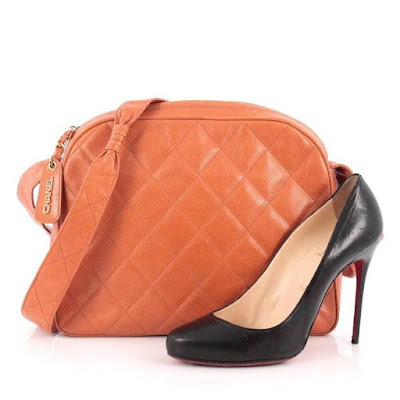 I'll leave it up to you to decide which camera pack is the coolest.

Anyway, here's two clips (originally one long extended scene) from the pilot episode of WKRP. A bit of background here. Dr. Johnny Fever was a popular LA rock-oriented deejay in the 1960s, until he said "booger" on the air. His radio career now in shambles, he eventually ends up at a low-rated station in Cincinnati playing the musical genre known in the 1970s as "easy listening", a.k.a. "elevator music", a musical genre that bores the hell out of him. Fortunately, a new program manager has just been hired who wants to change the format to rock, and Dr. Fever is in ecstasy:

Now, that was cool! 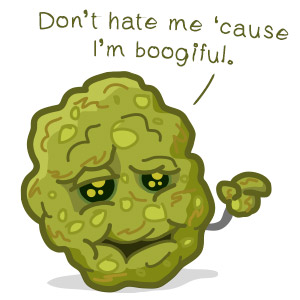 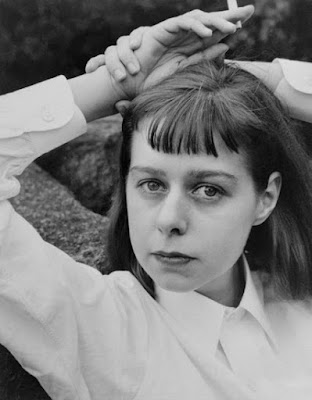 Writer Carson McCullers was born on this day in 1917. If you do the math, you'll note that's five days after February 14, but just because McCullers missed out on a holiday dedicated to love and romance doesn't mean she didn't have some thoughts on the subject: 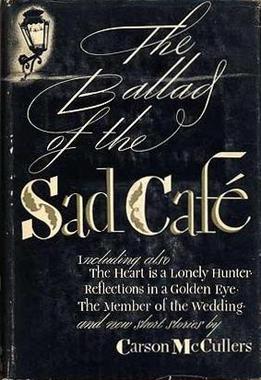 First of all, love is a joint experience between two persons — but the fact that it is a joint experience does not mean that it is a similar experience to the two people involved. There are the lover and the beloved, but these two come from different countries. Often the beloved is only a stimulus for all the stored-up love which had lain quiet within the lover for a long time hitherto. And somehow every lover knows this. He feels in his soul that his love is a solitary thing. He comes to know a new, strange loneliness and it is this knowledge which makes him suffer. So there is only one thing for the lover to do. He must house his love within himself as best he can; he must create for himself a whole new inward world — a world intense and strange, complete in himself. Let it be added here that this lover about whom we speak need not necessarily be a young man saving for a wedding ring — this lover can be man, woman, child, or indeed any human creature on this earth.

Now, the beloved can also be of any description. The most outlandish people can be the stimulus for love. A man may be a doddering great-grandfather and still love only a strange girl he saw in the streets of Cheehaw one afternoon two decades past. The preacher may love a fallen woman. The beloved may be treacherous, greasy-headed, and given to evil habits. Yes, and the lover may see this as clearly as anyone else — but that does not affect the evolution of his love one whit. A most mediocre person can be the object of a love which is wild, extravagant, and beautiful as the poison lilies of the swamp. A good man may be the stimulus for a love both violent and debased, or a jabbering madman may bring about in the soul of someone a tender and simple idyll. Therefore, the value and quality of any love is determined solely by the lover himself.

It is for this reason that most of us would rather love than be loved. Almost everyone wants to be the lover. And the curt truth is that, in a deep secret way, the state of being beloved is intolerable to many. The beloved fears and hates the lover, and with the best of reasons. For the lover is forever trying to strip bare his beloved. The lover craves any possible relation with the beloved, even if this experience can cause him only pain.

So what is this 1951 Southern Gothic novella about exactly? It details a romantic triangle involving a woman and two men (one of which happens to be a hunchback.) So who among this trio is the beloved? That's why I'm recommending the book to you, so you'll read it and find out.

I'll tell you what, though, let me google up an image that might clarify things a little. 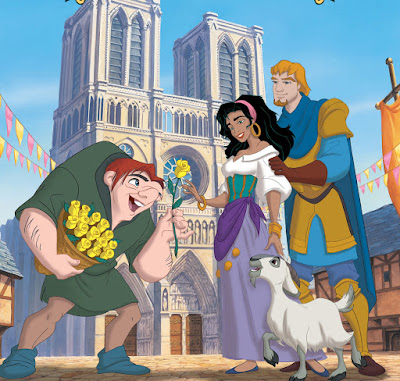 OOPS! Wrong hunchback, wrong romantic triangle, and while that building may be Gothic, it sure ain't Southern. 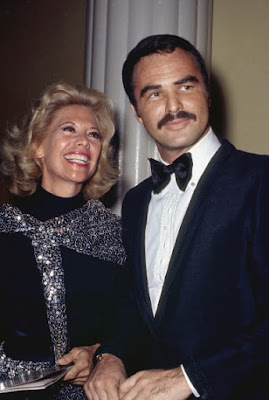 Actor Burt Reynolds (seen here with a "cougar") was born on this day in 1936. Just last year he appeared in the feature film The Last Movie Star, with Chevy Chase and Kathleen Nolan (Richard Crenna's wife on The Real McCoys.) I can't tell you whether this flick was good, bad, or in-between, because I didn't know of its existence until about 15 minutes ago (if you've seen it and want to give a mini-review in the comment section, feel free to do so.) Here's a clip not of the movie itself but the movie's premier at the Tribeca Film Festival in New York City, featuring the aforementioned Reynolds, Chase, Noland, and festival co-founder Robert De Niro:


It may be just simple nostalgia on my part (after all, I grew up in the 1970s), but even in stoop-shouldered, cane-wielding old age, Burt Reynolds is still the coolest guy in the room.

Here's a clip to enjoy from way-back-when:


Fun and games during the Energy Crises.
Posted by Kirk at 11:39 AM 13 comments: 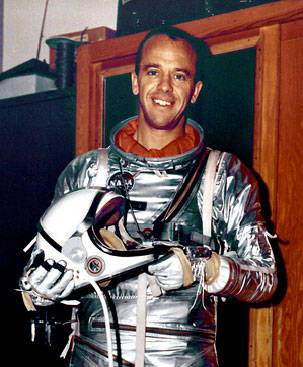 In 1961, Mercury astronaut Alan Shepard became the first American to travel in space. Note I didn't day first human; that honor went to Yuri Gagarin (damn Rooskie!) Unlike Gagarin, Shepard did get to manually control his craft, so that was kind of another first. And his feat did give Americans hope that this space program might be worth spending money on, President Kennedy using the occasion to push for a manned trip to the moon. Shepard's achievement was overshadowed about a year later when John Glenn became the first American to orbit the Earth, rather than merely go up and down as Shepard did. Nevertheless, Shepard assumed he'd be in space, and was in fact scheduled to be the lead astronaut in the upcoming Gemini program (in which a capsule carried two astronauts rather than one.) Unfortunately, his health gave out. He began experiencing dizzy spells and nausea, which he thought at first he might keep to himself. Why let NASA worry about something like that? But then it occurred to him that dizzy spells and nausea in outer space could be fatal, and he 'fessed up to his superiors. A doctor checked him out, and found he had Menier's disease, in which fluid builds up in the inner ear. Shepard was grounded. In the meantime, the Space Program went on. Gemini soon gave way to Apollo. A horrible accident left three astronauts dead in an initial launch pad accident, but, despite that tragedy, two men, Neil Armstrong and Buzz Aldren, eventually walked on the moon in what became a worldwide media event (though I'm not sure the Russians watched it; they may have had their sets tuned to the Bolshoi Ballet instead.) Shepard may have seemed like an astrohas-been at that point.

Medical science to the rescue! By 1969, a doctor had come up with a surgical cure for Menier's disease. Shepard checked into a hospital under an assumed name, had a hole or something drilled in his ear, and the dizziness was no more. He was back on active duty. But how soon could he go to the moon? 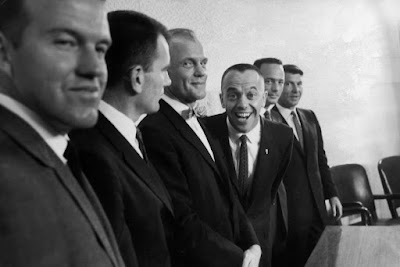 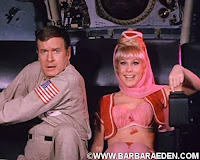 Alan Shepard was a character. It's said that I Dream of Jeannie producer Sidney Sheldon based  Roger Healey (played by Bill Daily) after him. But Shepard didn't some sitcom scribe to come up with lines for him.  When an unmanned rocket that was supposed to be the prototype of one that would take him and other members of the Mercury 7 into the cosmos blew up in the sky during a test run, Shepard turned to a stunned John Glenn and said, "Well, I'm glad they got that one out of the way." After his historic first flight into space, Shepard was asked what he was thinking about when he sat upon the giant rocket waiting to blast off. His reply: "The fact that every part of this ship was built by the lowest bidder." Funny guy, but there were some things about Shepard that others, particularly Glenn, didn't find so funny. Sidney Sheldon might have. Sheldon eventually put sitcoms behind him and became a best-selling author of racy novels, and Alan Shepard would have fit right in one of those books as he was a notorious party animal and womanizer. In fact, Shepard, who had a wife waiting for him at home, almost lost the first-American-in-space gig to the straight-laced Glenn because NASA officials feared a sex scandal. That scandal never happened, but having this playboy once again represent the space program must have given those officials pause. And then there was the little problem of experience. Shepard, grounded at the time, was not among the 32 astronauts originally tapped for the Apollo program and had spent no time training for it. Yet he was eventually chosen to command what everyone thought would be the fourth manned trip to the moon. I suspect public relations had something to do with it.

The first manned moon landing, Apollo 11, had the rapt attention of the American public. The second manned landing, Apollo 12, the attention was a bit less rapt. Unlike Neil Armstrong's black-and-white walk on the moon, this one was supposed to be broadcast back to Earth in color, but the camera went on the blink after it was accidentally pointed to the sun, and so it became a monochromatic rerun. What would have been the third manned landing, Apollo 13, did indeed have the rapt attention of the American public, but for the wrong reason. An oxygen tank exploded, raising the prospect of the three astronauts dying in space. Fortunately, they didn't, as they skedaddled back to Earth in time but without having visited the moon (at least they got a good Ron Howard movie out of it.) In the meantime, the Nixon Administration and Congress had started thinking about scaling back the expensive space program soon after Neil Armstrong, Buzz Aldren, and Micheal Collins splashed down in the Pacific. Now, there were plenty of valid scientific reasons to keep returning to the moon, and it's not like NASA could easily (or cheaply) go anywhere else, but how do you convey that to taxpayers? By entertaining them, which was right up inveterate cutup Alan Shepard's alley. 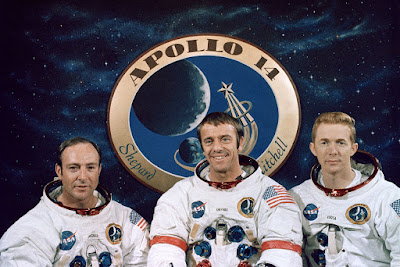 On February 6, 1971, 47 years ago today, Apollo 14 Commander Alan Shepard conducted the following scientific experiment on the moon, to the rapt attention of the American public:

You might have heard Shepard say the ball went "miles and miles". 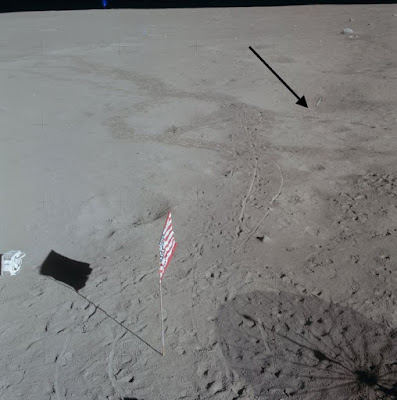 Not quite. It was actually about 200 meters, or 219 yards. What looks like a stick right near the golf ball is actually a metal rod that fellow astronaut Ed Mitchell, trying to get in on the fun, threw as a javelin.

Nevertheless, I, for one, am impressed by Alan Shepard's achievement. After all... 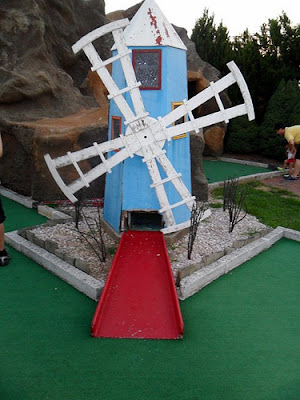