It took twenty years to overcome what happened in one minute

(Mason's descent into right-wing politics in recent years has turned me off to him quite a bit, but, that said, I really couldn't pass this one up. I have a great affection for Borsht Belt comedy--it's really what Mel Brooks is all about--and that Mason, the one-time Ed Sullivan Show pariah, was able to make a Broadway hit out of it during an era when it was increasingly being seen as a passé form of humor is nothing short of miraculous--Kirk)

(In case you're wondering why I'm not showing a clip of the notorious moment when Jackie Mason allegedly gave TV host Ed Sullivan the finger--which the comedian denied--the reason is simple: I can't find it. In fact, I can't even find a STILL photograph of him doing that. Mason certainly managed to put his past behind him--Kirk) 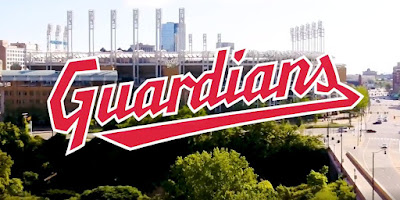 Cleveland has a new baseball team. Actually, it's the old baseball team, but it has a new name: The Guardians. What, though, is being guarded? The galaxy? Oh, I think the Milky Way can take care of itself. 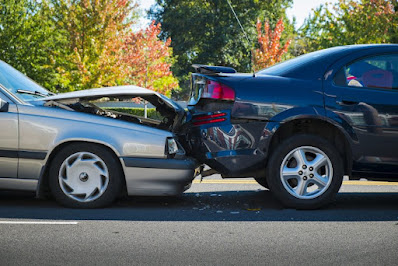 Motorists, on the other hand, can always use a little safeguarding. 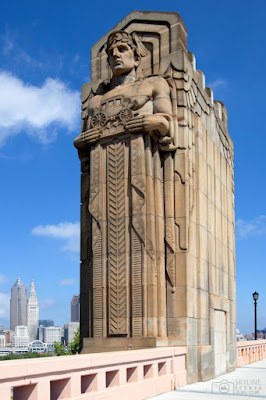 This strapping, shirtless young man is one of eight Guardians of Transportation, Art Deco statues made of sandstone that stand on both sides of four 43-foot tall pylons that greet or bid adieu to drivers entering or exiting Downtown Cleveland on the former Lorain-Carnegie Bridge, completed in 1932, which since November 1983 has been called (at least officially) the Hope Memorial Bridge, named after... 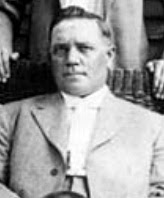 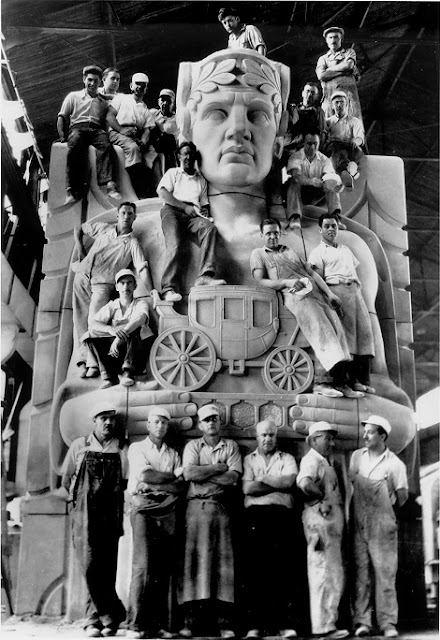 ...local crew of stonemasons (I've stared at this photo for a half an hour and am still not sure which one) who helped build the statues. 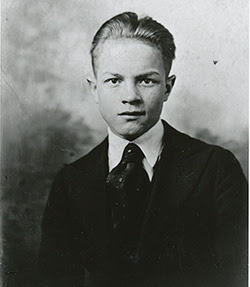 Here's William Henry's son, Leslie Townes Hope. The local media often describes him as a native Clevelander, though he's not quite that as he spent his first year in England ("I left when I found out I couldn't be king.") 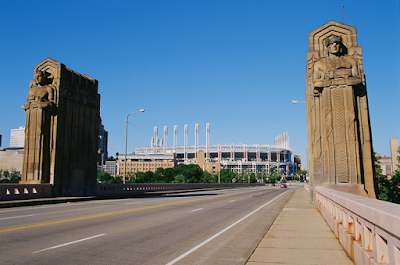 Anyway, the Hope Memorial Bridge is one of several ways that people living in Cleveland's West Side or in its western suburbs (as I do) can travel if they want to see the Guardians play at Progressive Field, named after an insurance company, which also looks after motorists, though, unlike the 43-foot tall pylons, one does have to pay premiums. 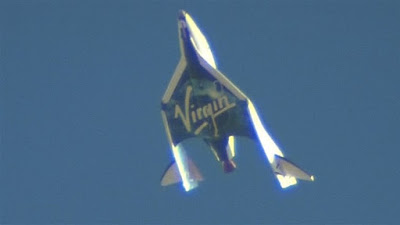 That's one way to lose your cherry.

Then there's the Amazonian... 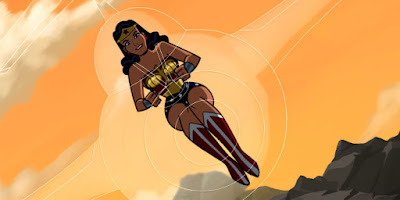 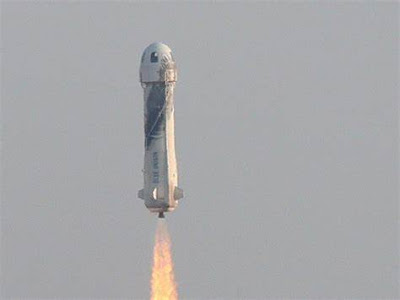 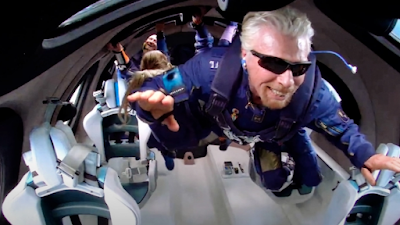 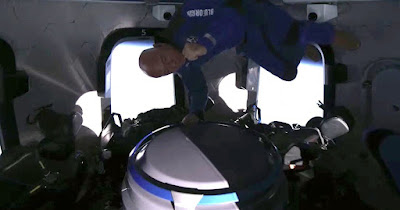 I guess there's nothing left for the meek to do but inherit the Earth. 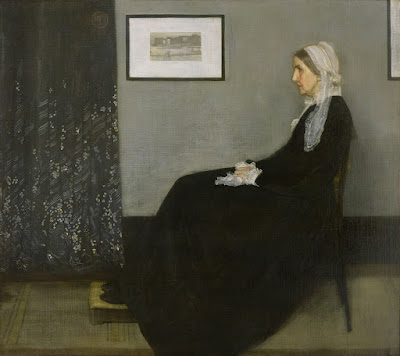 Take the picture of my mother, exhibited at the Royal Academy as an "Arrangement in Grey and Black." Now that is what it is. To me it is interesting as a picture of my mother; but what can or ought the public do to care about the identity of the portrait?

--James McNeill Whistler, complaining about the unwanted nickname that his painting increasingly was becoming known by (I'll let you guess what it is.) These days it hangs not in the Royal Academy but in the Musée d'Orsay in Paris, France.

Vital Viewing (Confused? You Won't Be After This Week's Episode Edition) 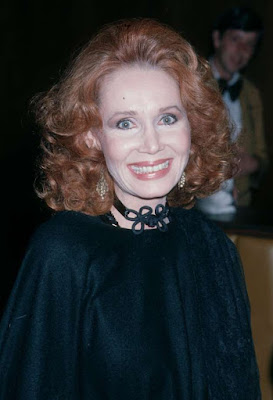 Actress Katherine Helmond was born on this day in 1929. She's best known for...well, that's an interesting question. According to the various headlines announcing her death in 2019, she seems to have been best known for playing Mona Robinson, the free-spirited, vampish mother of Judith Lights' Angela Bower on the situation comedy Who's the Boss? And make no mistake, she was good in that, but her original claim to fame was in an earlier, and in my opinion much funnier, sitcom than Who's the Boss, and that would be... 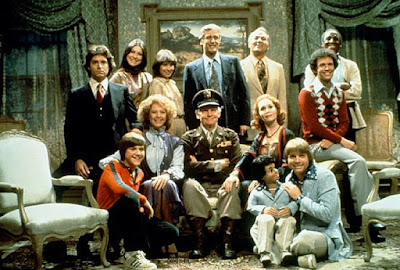 ...Soap. In it, Helmond played Jessica Tate, and Cathryn Damon played her sister Mary Campbell. Jessica, husband Chester, and their two grown daughters, one teenage son, the children's deluded grandfather, and the household's insolent butler lived in the rich part of town. Mary, husband Burt, Mary's two grown sons from another marriage, Burt's one grown son from another marriage, and the latter's ventriloquist's dummy, were all working-class. But don't get the idea things were as socioeconomic as all that. The class differences hardly made a difference on that show. The first big hit from writer-producer Susan Harris (who went on to create The Golden Girls), Soap took its' sitcom characters, and instead of the usual surprise birthday parties, reluctant visits to the dentist, and amateur talent shows put on to raise money for a new seniors center, plopped them into melodramatic situations. Being sitcom characters, they lacked the basic melodramatic social skills to deal with these situations on anything other than the level of a sharply-written burlesque sketch, and that's what made this series so damn funny. The melodrama got pretty wild as time went on it, with storylines about demonic possession and alien abduction (which reminds me, they also lacked Mulder and Scully's basic social skills), but in Soap's first season the plots dealt mainly with the kind of things you would have seen on afternoon soap operas (hence, the show's name), and, in the 1970s at least, that meant affairs of the heart, cheatin' hearts, and broken hearts. Katherine Helmond attempts to sort out all those various hearts in relation to her character in the following interview:

Here's a scene from early in Soap's first season. Along with Helmond herself, there's Robert Mandan (Chester Tate), Jimmy Baio (Billy Tate), Diane Canova (Corrine Tate), Arthur Peterson Jr. (the Major; Jessica and Mary's father), and Robert Guillaume (Benson):
If the above clip is all you've ever seen of Soap, you could easily get the impression that it's just an ordinary sitcom. Or out of the ordinary only because it's funnier than most sitcoms. But the above scene actually comes in the aftermath of a shocking revelation. So, going backwards in time by an episode or two, let's see what happens when Peter is introduced to the rest of Corrine's extended family.  In addition to the actors I've already mentioned, there's Robert Urich (Peter), Richard Mulligan (Burt Campbell, Peter's father), Ted Wass (Danny Dallas, Burt's stepson), Billy Crystal (Jodie Dallas, Burt's other stepson), and Cathryn Damon (whose name I did already mention, but now you get to see her.):

What this? It looks as though Peter had ongoing affairs with both the daughter and the mother! Ewwwwwww! Where are their morals? Well, I guess I shouldn't be surprised. Soap takes place in Connecticut, which is, you know, one of those blue states. I can't watch any more. I need a soap opera parody that takes place in Middle-America, in a red state, like Ohio, where I live, where there are still such things as values: 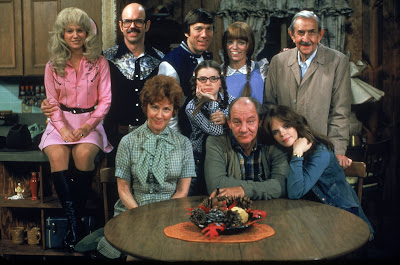