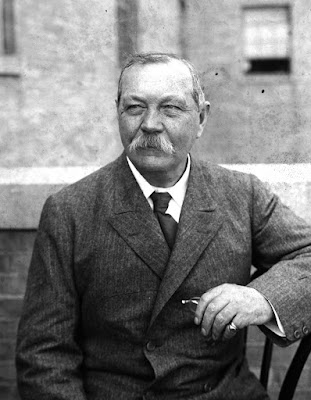 Writer Arthur Conan Doyle was born on this day in 1859. He's best know for creating this guy... 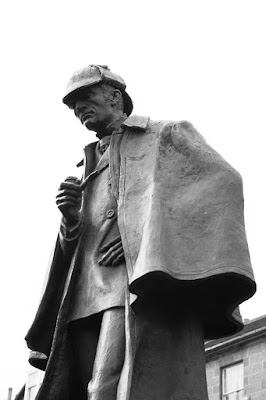 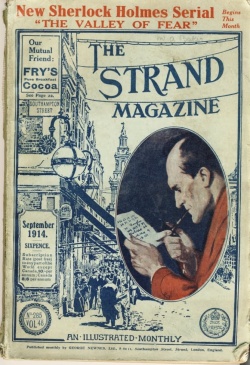 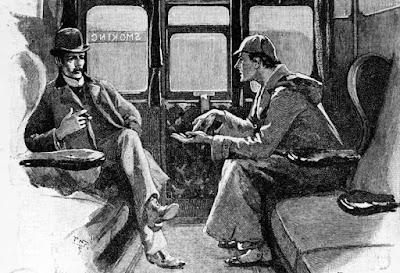 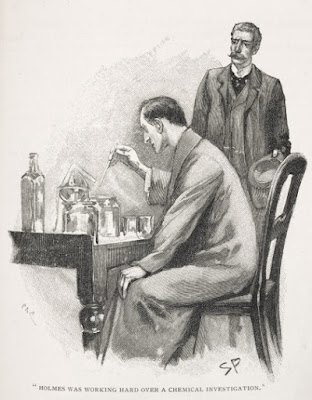 Holmes appeared in four novels, the best known of which is the third, The Hounds of the Baskervilles, and fifty-some short stories, where with the assistance of sidekick/first-person narrator Dr. John H. Watson he investigated and solved numerous crimes in late 19th-early 20th century London and thereabouts. So impressive was Holmes powers of observation that he could deduce a complete stranger's personality, occupation, biography, love life, etc., by a simple examination of a single article of clothing. Take this example from "The Adventure of the Blue Carbuncle". Some poor fellow was mugged of a goose he was bringing home to dinner, and, if that wasn't bad enough, he also lost his hat:

And to think, Holmes deduced all that without the aid of Google!

The popularity of these stories did not go unnoticed by the generation or so of mystery writers that came after Doyle, as there was a whole parade of eccentric sleuths in the first half of the 20th century. Hercules Poirot, Miss Marple, Nero Wolfe, Charlie Chan, Father Brown, and Lord Peter Wimsey all owe a little something to Holmes. The actual mystery itself (as well as its solution) may have been completely forgotten by the reader about fifteen minutes after they'd finish the story, but the person who solved the mystery lingered on in the memory. No more so than Holmes, who has also lingered on in pop culture.

If you haven't read any of Doyle's stories, and you really should as they're quite good, you may know Holmes and Watson through these two fellows: 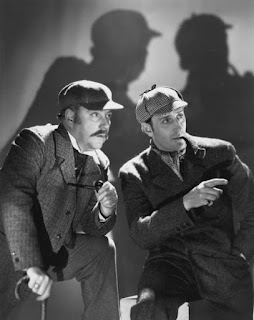 Basil Rathbone as Holmes (left) and Nigel Bruce (right) as Watson. They appeared in a  couple of movies for 20th Century Fox, and then a dozen more for Universal Studios. You're better off with the two Fox movies The Hound of the Baskervilles and The Adventures of Sherlock Holmes, both from 1939. Both were classy mysteries with just enough fog and shadows to give one a real sense of 19th century London (OK, re-reading that sentence, it occurs to me that London during ANY time period probably had it share of fog and shadows, but those two aspects play so much better when you know Queen Victoria is sitting on the throne.) The Universal offerings? These sometimes cheesy films, unnecessarily in my view, updated the Holmes tales to the 1940s. In at least one of them, Professor Moriarity is in cahoots with the Nazis! Still, it's fun watching Rathbone and Bruce play off each other. 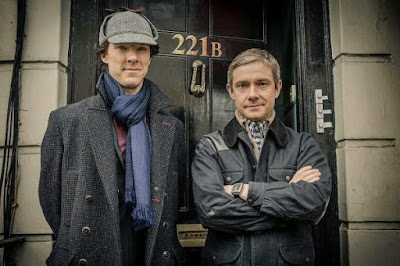 Perhaps I'm being too hard on the Universal films. A popular British TV import (meaning it's on PBS) has Holmes (Benedict Cumberbatch) and Watson (Martin Freeman) solving crimes in the 21st century. What's interesting is that while 100 years or so separates this series from the original stories and only 50 years or so separates the Universal films, the Cumberbatch version is actually much more faithful to Doyle. 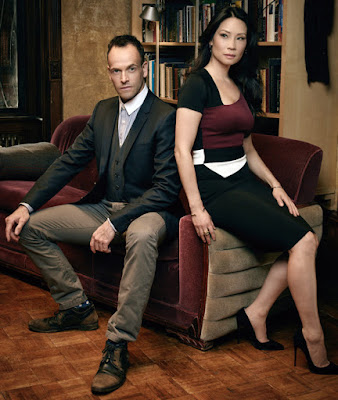 Perhaps the oddest version of Doyle's creation to date. Jonny Lee Miller plays a somewhat surly Sherlock Holmes and Lucy Liu is Dr Joan Watson (figure out for yourself which is which) Elementary, produced for American network television (perhaps that explains the oddness) has Holmes as a British emigre solving crimes (very grisly crimes in the episodes I've seen--less "The Red-Headed League" and more Silence of the Lambs) in New York City. Watson is there to make sure he doesn't slip back into his old cocaine habit (actually a feature of the original stories, believe it on not, though this new version treats the whole subject of addiction more thoroughly than Doyle, who portrayed it more as an eccentricity.) While I'm not quite a fan of this series, I do watch it whenever I come across it channel surfing.  Miller makes a fun, if a not always mature, Holmes.

Though we may think of Doyle as a 19th century writer, he was still alive by the time sound came to movies:


Doyle may not be the most animated speaker in the world, but I think his ample wit, so essential to the Holmes stories, comes through in that clip. One surprise--he calls Watson "stupid". In the stories themselves, the good doctor never strikes me as stupid. He's just not the obsessive-verging-on-anal retentive that his friend seems to be. The prose Watson, that is. However, once Universal Studios got their hooks into the former army doctor, he was transformed into a doddering old fool who could barely follow Miss Hudson the housekeeper's train of thought, much less Holmes. Actors other than Bruce never played Watson that way. If fact, Bruce himself didn't play him that way in his first two outings as the character. Yet, according to Doyle, I guess maybe that's the way he should have been played all along. Who knew, other than Bruce and Universal? 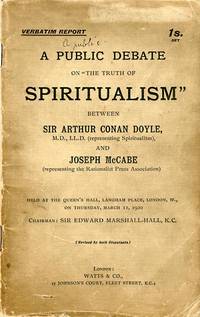 If you watched the whole clip, Doyle talks quite a bit about his investigations into psychic phenomenon. This is what he really wished to be known for, not Sherlock Holmes. Indeed, he tried killing of Holmes only to resurrect him after the public outcry (as well as having lots of money thrown at him.) I don't want to debate what's true or what's not true when it comes to the paranormal, only to point out that Doyle was willing to believe in just about anything. He was a Mulder badly in need of a Scully, especially after the pictures below surfaced right after World War I: 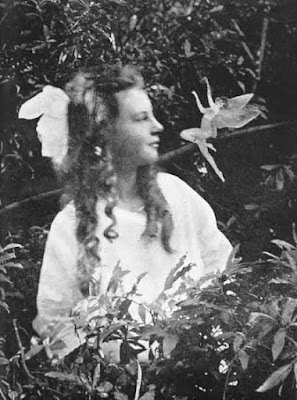 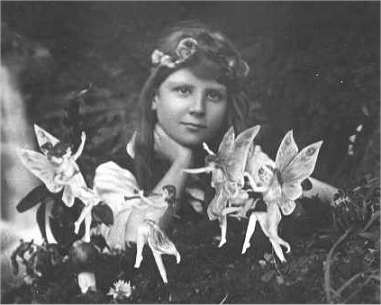 Photographic evidence of the existence of fairies. Aw, aren't they cute? Doyle didn't take these pictures, but he championed them, and went to his grave (in 1930) believing in their eventual validation, and that his publicizing of the pictures would be his lasting legacy.

The photos were never validated, and Doyle's lasting legacy seems to be Sherlock Holmes, after all. A much better outcome, in my view. 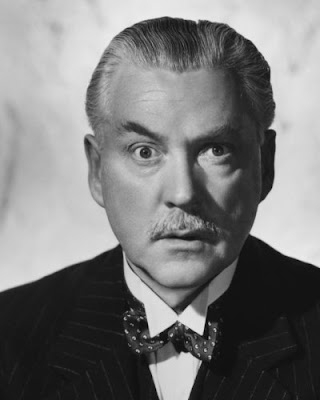 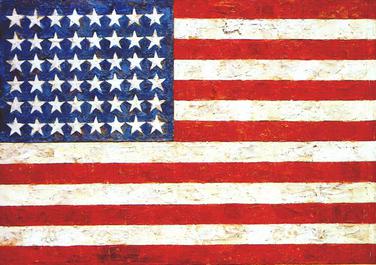 You're a grand old flag,
You're a high flying flag 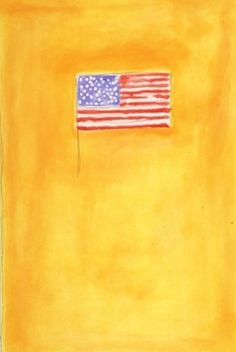 And forever in peace may you wave. 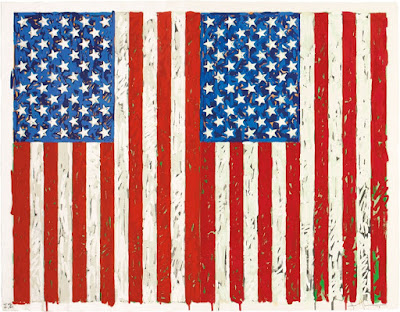 You're the emblem of
The land I love.
The home of the free and the brave. 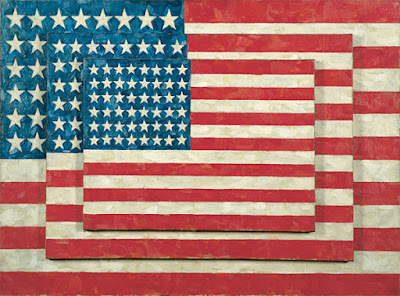 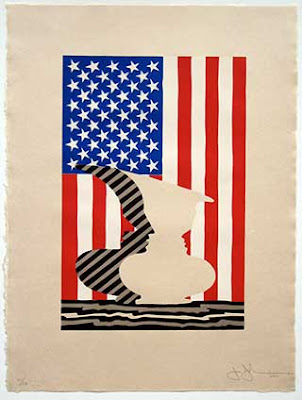 Where there's never a boast or brag. 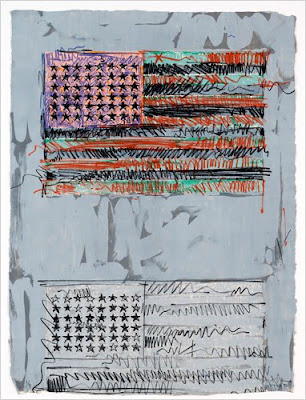 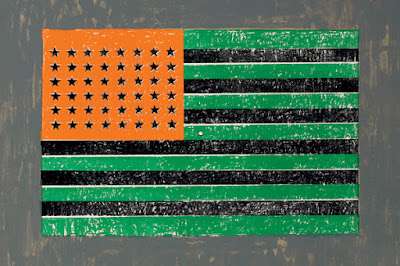 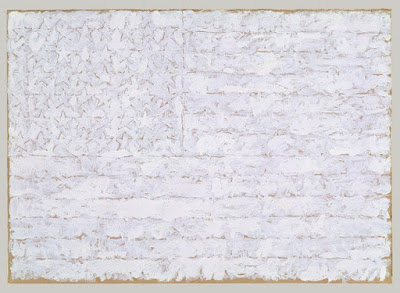 Should auld acquaintance be forgot, 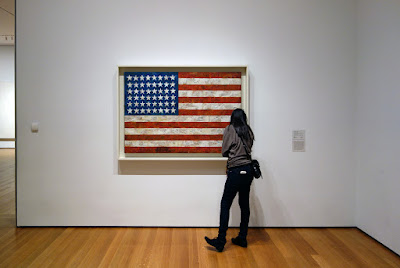 Keep your eye on the grand old flag. 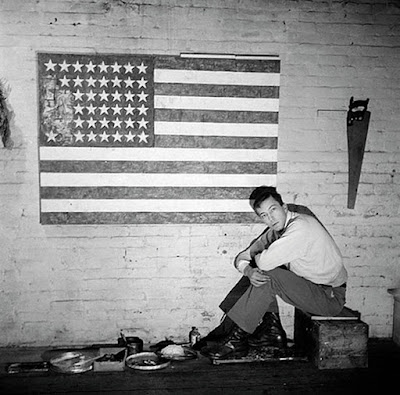 Though I hear he's moved on to bald eagles.