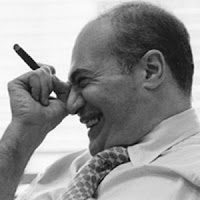 Cartoonist. Longtime DC comics employee, first as an artist, then art director, editorial director, and finally publisher, he was a key figure in what came to be known as the Silver Age--1956 to, roughly, 1970, when superheroes, having falling out of popularity after World War II, came back into vogue--but he did fine work outside of that period, too.

"There are few people in this world that have had as much of an impact on the industry as Carmine. He bridged both the Golden and Silver Ages of comics, shepherding in some of the most successful periods in our history and setting the course of our characters that is still seen today. He will be greatly missed, but his legacy will remain forever."

“Paul Anka’s wonderful line, ‘I did it my way.’ That sums it up for me pretty much.” 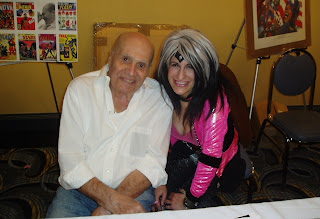 Infantino with a fan, girl power pop superhero (according to her website) Cookie-Cutter Girl.

Most of the art that follows was pencilled by Infantino and inked by others. 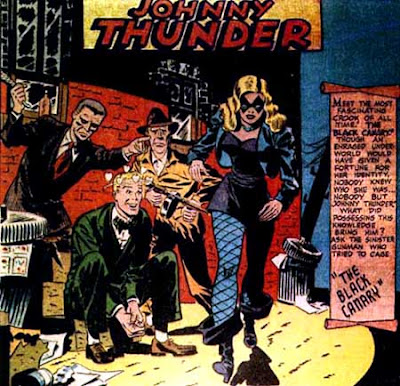 The fishnet stocking-clad crimefighter Black Canary was the first superhero, or rather, superheroine, created by Infantino, in 1947. If you read the comic's caption, you'll see she's described as a "fascinating crook." Just a ruse to fool the bad guys. 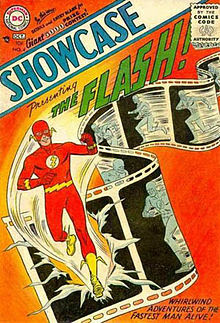 The revival of 1940's superhero The Flash is what sparked the Silver Age. The costume redesigned by Infantino (see below), he's the character the artist is most identified with. 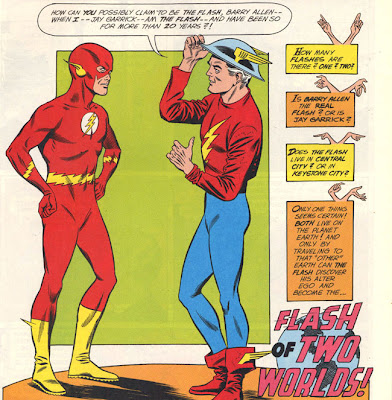 Silver Age Flash meets Golden Age Flash. And readers were introduced to Earth-Two, the DC alternative universe where all the 1940s superheroes all hung out. 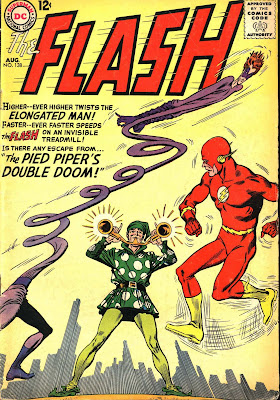 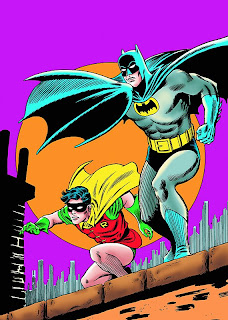 Infantino also worked with these two fellows. The Batman comics had gotten kind of silly in the early '50s, very tongue-in-cheek, very campy. Once Infantino and DC editor Julian Schwartz took over, Batman became serious again. That is, until 1966, when the silliness returned, though this time in a  different medium... 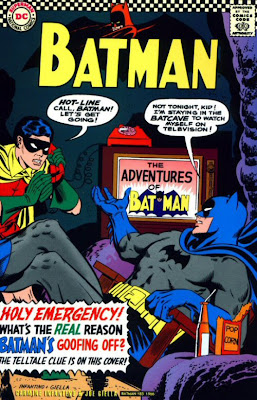 I'm sure Adam West and Burt Ward were flattered. 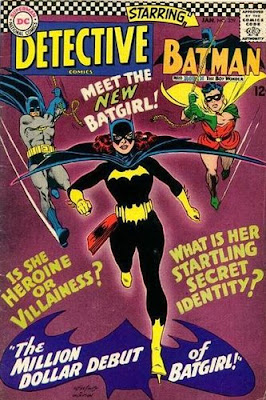 As was Yvonne Craig. 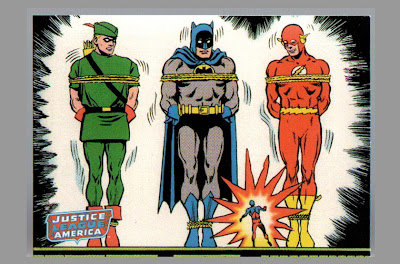 The Atom saves the day! As long you don't mind him crawling up your leg to do so.
In 1976, Infantino left DC and became a freelance artist. Among the places he found work was with rival comic book publisher Marvel: 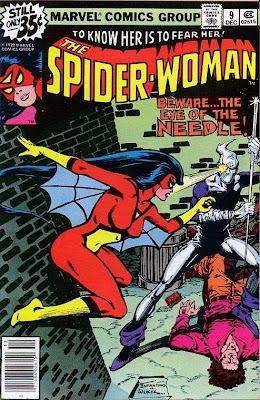 This version of Spider-Woman (there's been several) only lasted a few years. Marvel head honcho Stan Lee has admitted that the only reason the character was created was to secure a copyright (superpowers being no match for a room full of high-priced lawyers.)
Spider-Woman wasn't Infantino's first foray into Marvel territory. In fact, he once worked for DC and Marvel AT THE EXACT SAME TIME: 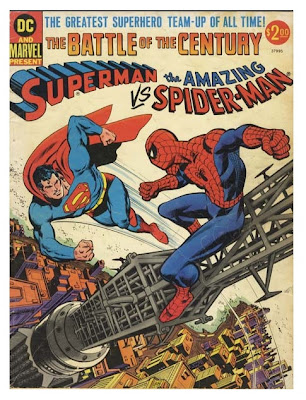 Don't worry. After a brief skirmish, Spidey and the Man of Steel become friends. The Multiverse is big enough for both of them.