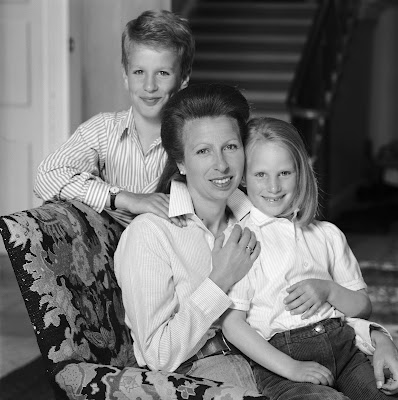 I think it was probably easier for them, and I think most people would argue that there are downsides to having titles. So I think that was probably the right thing to do. 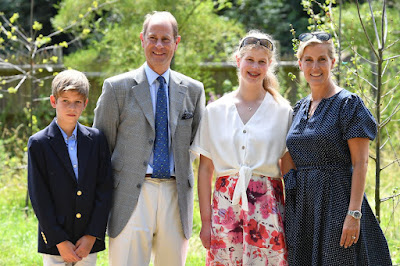 We try to bring them up with the understanding that they are very likely to have to work for a living. Hence we made the decision not to use HRH titles. They have them and can decide to use them from 18, but it’s highly unlikely.

If you're worried all this royal abstemiousness is getting out of hand, rest assured that Peter, Zara, Louise, and James remain in the line of succession. As do these folks... 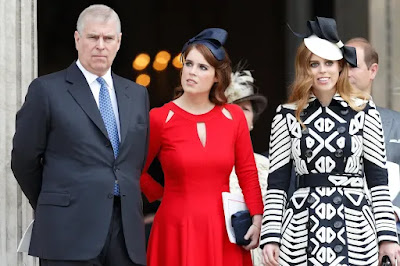 Buckingham Palace said the withdrawal of the Duke of York’s honorary military roles and royal patronages by the Queen has no “impact or bearing” on the status of his daughters. The Duke will no longer style himself HRH, but this has no effect on the princesses' HRH titles. 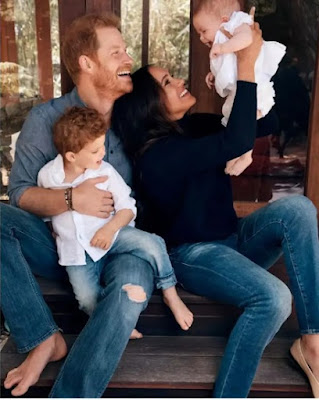 ...the grandchildren of the sons of any such sovereign in the direct male line (save only the eldest living son of the eldest son of the Prince of Wales) shall have and enjoy in all occasions the style and title enjoyed by dukes of these our realms.
--King George V, 1917 letters patent
So this was a big contention during the Oprah interview, because Meghan told Oprah Archie was entitled to be a prince and that the family had denied him. That was not right. That was incorrect...Archie was not yet the grandchild of the sovereign. He was the great-grandchild of the sovereign. So titles are made up there. The sovereign is the CEO with this made-up guidance memo, and they can interpret it however they want. And, at that time, that had been interpreted that Archie was not the grandchild of the sovereign...Harry's always had one and Meghan got hers when they got married because they were working royals...Their first full-time job was working royals. Using the HRH titles just enables additional privileges, like state-funded security. So that's why we no longer call Prince Harry, His Royal Highness, Prince Harry, the Duke of Sussex, or Her Royal Highness, Meghan, the Duchess of Sussex. They're not going to take them away, but they don't use them...So Archie and Lili won't get them right now because they're not working royals, and their parents don't use them. That doesn't mean they won't ever get them. It just means, at this moment, they don't have HRH. It doesn't make any difference to their lives at all in California.
--Shannon Felton Spence, royalty expert, on Archie and Lilibet, Harry and Meghan's children, and King Charles III's grandchildren. 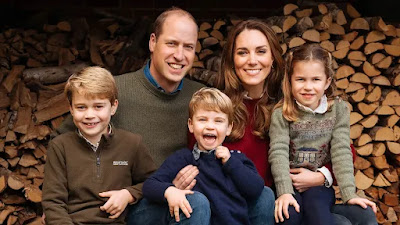 Today, I am proud to create [William the] Prince of Wales, Tvwysog Cymru, the country whose title I have been so greatly privileged to bear during so much of my life and duty. With Catherine beside him, our new Prince and Princess of Wales will, I know, continue to inspire and lead our national conversations, helping to bring the marginal to the center ground where vital help can be given.
--King Charles III, on his first-born son William and daughter-in-law Kate.
In school, the siblings will be known as George Wales, Charlotte Wales and Louis Wales.
--ABC News, on the three children of the Prince and Princess of Wales, who also happen to be King Charles III's grandchildren, but I bet you already knew that. 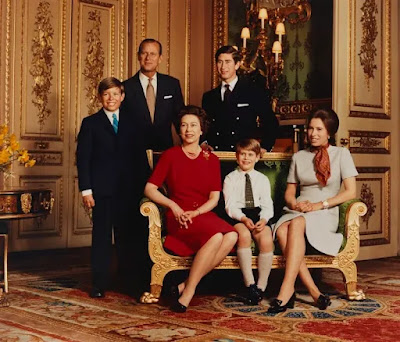