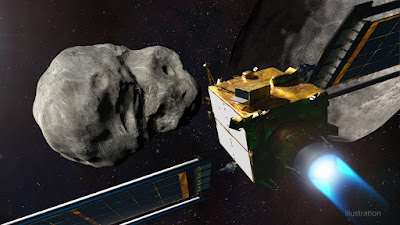 Ever since somebody figured out that an asteroid crash landing on what is today Mexico's Yucatán Peninsula some 66 million years ago caused all the dinosaurs to go extinct, there's been fears that the same thing could happen again. Except this time around the extinct species won't be the dinosaurs but we humans! So the best minds at NASA came up with a homo sapiens-saving solution: shoot a spacecraft at an incoming celestial rock and knock it out of its trajectory. And that's what this past Monday's Double Asteroid Redirection Test was all about. Launched in November 2021, the DART space vehicle was only the size of a vending machine when it was sent hurtling into Dimorphos  (which posed no threat to Earth), an asteroid the size of football field, but at a speed of 14,000 miles per hour, it can cause quite a bang for its $320 million price tag:

The lack of a Star Wars-like explosion may make the whole thing seem anticlimactic, but that's only because the spacecraft's camera was destroyed upon impact, giving proof that there was indeed an impact, and the reason for all the cheering and high-fiving among the NASA ground crew.

Here's the pictures the Webb and Hubble telescopes took: 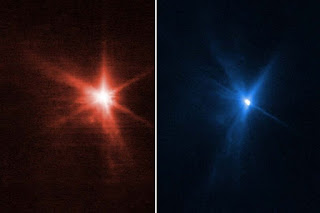 In addition to being an asteroid, Dimorphos is also a moon that orbits a bigger asteroid--one about a half-mile wide--named Didymos which does get too close to Earth on occasion. If the smaller asteroid's orbit is altered in any way, we'll know the mission was a success. That may still be a couple months away, but scientists are optimistic, and if that optimism is borne out, you'll be able to look up at a shooting star in the nighttime sky secure in the knowledge that it need not be an extinction-level event. 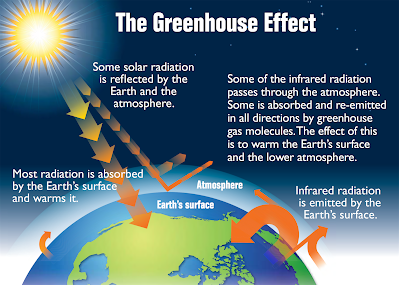 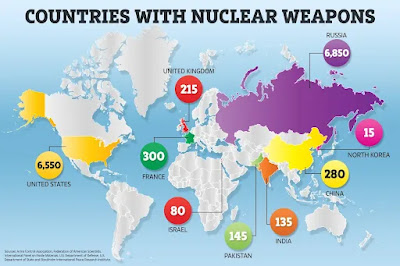