I Got You, Abe

(This Tuesday marks the 150th anniversary of the Gettysburg Address. Someone else lived there before that. No, no, just kidding. Of course, I'm talking about Abraham Lincoln's famous speech. Wishing to mark the anniversary myself, albeit a few days early, I'm re-running this post from September, 27, 2008. I've added a few pictures this time around--KJ) 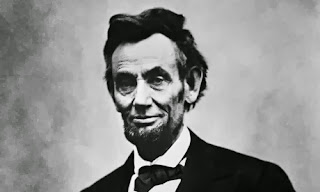 This coming February 12 is the 200th birthday of Abraham Lincoln. As absurd as it may sound, that actually makes me feel kind of old. When I was a kid, the Civil War was just about 100 years in the past. Now, to find out that war's central figure is having a bicentennial! And where exactly does that leave George Washington? All the way back to where the Pilgrims used to be?!

Wondering if I could connect at all with this almost prehistoric figure, I decided to take a look at something Lincoln wrote: the Gettysburg Address. I did this with some trepidation. I was afraid it might read like The Canterbury Tales, or something by Shakespeare: in English, yet you still need a translator. Turns out I didn't. The speech's first, and most famous, sentence is a bit daunting (I wasn't sure what he meant by "score". Was there a game going on? Or had a band played?), but after that it's smooth sailing. It could have been written yesterday (Thank God the Civil War wasn't yesterday. Our military's stretched thin enough as it is.)

So here it is, along with a few of my comments (which Honest Abe may or may not agree with.)

Four score and seven years ago our fathers brought forth on this continent, a new nation...

Less than a hundred years separate George Washington and Abraham Lincoln. I'm not sure if that should make me feel old or not.

...conceived in Liberty, and dedicated to the proposition that all men are created equal.

White men, anyway. Lincoln fails to mention his own Emancipation Proclamation, which was significantly more dedicated to that proposition. Of course, as long as the war raged, the emancipation existed only on paper, so maybe that accounts for his modesty.

Now, we are engaged in a great civil war, testing whether that nation, or any nation so conceived and so dedicated, can long endure.

The Confederate flag was a campaign issue as recently as 2000.

We are met on a great battle-field of that war. We have come to dedicate a portion of that field...

According to some historians, the organizers of this event weren't even going to invite Lincoln. But then they thought, well, he IS president.

...as a final resting place for those who here gave their lives that that nation might live. 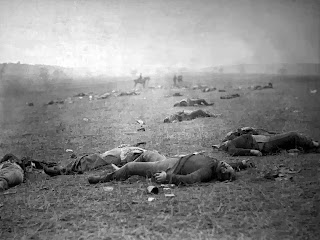 It is altogether fitting and proper that we should do this.

Oh, wait. He's got something up his sleeve.

According to a recent news story, some developer wants to build a casino near the battlefield.

The brave men, living and dead, who struggled here, have consecrated, far above our poor power to add or detract.

The world will little note, nor long remember what we say here... 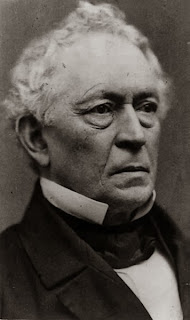 
...but it can never forget what they did here.

Not to take anything away from what they did there, but one reason Gettysburg is more well known than, say, Antietam (where there was an even greater loss of life) is because of what one tall, lanky guy with a beard and stove top hat said there.

It is for us the living, rather...

I knew there was a catch.

...to be dedicated to the unfinished work which they who fought here have thus far so nobly advanced. It is rather for us to be dedicated to the great task remaining before us--that from these honored dead we take increased devotion to that cause for which they gave their last full measure of devotion--that we here highly resolve that these dead shall not have died in vain--that this nation, under God, shall have a new birth of freedom...

Did those who died at Gettysburg, or on Omaha Beach, or on Iwo Jima, really die for freedom or democracy, or did they actually die for a country that at the time just happened to be free and democratic? After all, people who have lived in dictatorships, or slave-based societies, have fought just as hard, and have died in as many numbers as we Americans. Freedom and democracy should be something more than mere synonyms for sovereignty and the homeland. Those high ideals can also be fought and lived for. How exactly do we do that? What are our weapons? Let's see, there's the ballot box, the soap box, the picket sign, the petition, and the letter to the editor. Maybe even blogs.

Despite the best efforts of the all too many fools and scoundrels since Lincoln, it somehow hasn't perished yet. 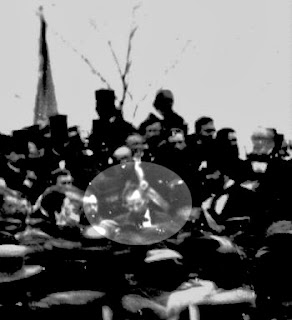