"Apparently, a democracy is a place where numerous elections are held at great cost without issues and with interchangeable candidates."

"As societies grow decadent, the language grows decadent, too. Words are used to disguise, not to illuminate, action: you liberate a city by destroying it. Words are to confuse, so that at election time people will solemnly vote against their own interests."

“Half of the American people have never read a newspaper. Half never voted for President. One hopes it is the same half.”

“Today's public figures can no longer write their own speeches or books, and there is some evidence that they can't read them either. ”

“The malady of civilized man is his knowledge of death. The good artist, like the wise man, addresses himself to life and invests with his private vision the deeds and thoughts of men. The creation of a work of art, like an act of love, is our one small yes at the center of a vast no.”

“Style is knowing who you are, what you want to say, and not giving a damn." (If Vidal ever did give a damn, he certainly kept it to himself--KJ) 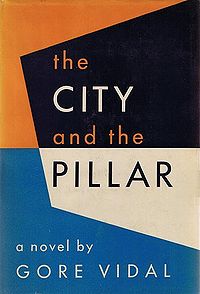 Jim flushed. “She’s full of crap. I’m not afraid of her or anybody. Besides, I do my traveling on the other side of town.”

“Really?” John was interested and Jim was glad he had lied.

“Sure.” He was mysterious. “Bob and me go over there lots of times. All the baseball team does, too. We don’t want to mess around with ‘nice’ girls.”

“Besides, Sally isn’t so fast.”

“I’ll bet Bob Ford said that about her.” 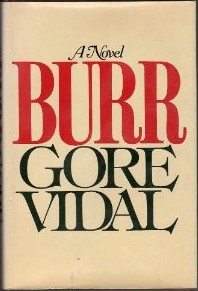 [From Aaron Burr's (fictional) journal]:...Jefferson was a ruthless man who wanted to create a new kind of world, dominated by independent farmers each living on his own rich land, supported by slaves. It is amazing how beguilingly he could present this contradictory visions. But then in all his words if not deeds Jefferson was so beautifully human, so eminently vague, so entirely dishonest but not in any meretricious way. Rather it was a passionate form of self-delusion that rendered Jefferson as president and as man (not to mention as writer of tangled sentences and lunatic metaphors) confusing even to his admirers.

In an afterword to the novel, Vidal informs the reader that he thinks Burr is being a little hard on Thomas Jefferson. 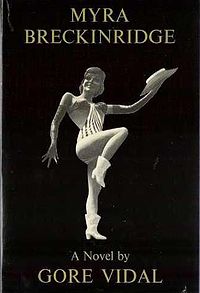 I am Myra Breckinridge, whom no man will ever possess. The new woman whose astonishing history started with a surgeon's scalpel and will end who-knows-where. Just as Eve was born from Adam's rib so Myron died to give birth to Myra. Did Myron take his own life you will ask. Yes and no is my answer. Beyond that my lips are sealed. Let it suffice for me to say that Myron is with me and that I am the fulfillment of all his dreams. Who is Myra Breckinridge? What is she? Myra Breckinridge is a dish and don't you ever forget it you motherfuckers - as the children say 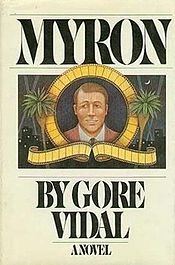 He thrust his enormous Reinquist deep within her Whizzer White.

Vidal protested a 1973 anti-pornography Supreme Court ruling by replacing dirty words with the names of the justices who voted for the decision. In a re-issue of the novel  decades later, he let the four-letter words back in. 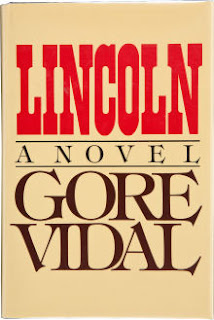 "Gentlemen, I know some of you personally from the past. I know all of you by name and repute. I am glad that this conference continues, and I will do what I can to give assurance and reassurance to the Southern state that we mean them no harm. It is true that I was elected to prevent the extension of slavery to the new territories of the Union. But what is now the status quo in the Southern states is beyond my power--or desire--ever to alter."

A Southern congressman challenged Lincoln. "Will you uphold the laws, where previous presidents did not? Will you suppress the likes of Mr. John Brown and the Reverend Garrison, who preach war against us and our property?"

"Well, we hanged Mr. Brown, and we put Garrison in prison." Lincoln was mild. "That strikes me as a reasonable amount of suppression." 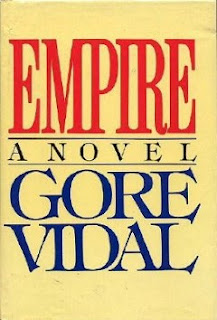 The final chapter of Vidal's novel is devoted to a fictional meeting between President Theodore Roosevelt and newspaper magnate William Randolph Hearst...


"...I was also stuck with the fact that once you start a war, you have to have heroes. So you--of all people--came bustling along, and I told the editors, 'All right, build him up.' So that's how a second-rate New York politician, wandering around Kettle [San Juan] Hill, blind as a bat and just about as effective, got turned into a war hero. But you sure knew how to cash in, I'll hand you that. Of all my inventions you certainly leapt off  the Journal and into the White House. Not like poor dumb Dewey, who just stayed there in cold print until he ended up wrapped in fish at Fulton's Market..."

"...Of course, there are surprises, here's one. When you're out of a job, and need money to feed that family of yours, I'll have you write for me, the way Bryan does. I'll pay you whatever you want."

Roosevelt produced his most dazzling smile. "I may be a hypocrite, but I'm not a scoundrel."

"Mr Hearst," said the President, "History invented me, not you."

"Well, if you really want to be highfalutin, then in this place and this time, I am history--or at least the creator of the record."

"True history comes long after us. That's when it will be decided whether or not one measured up, and our greatness--or it's lack--we be defined."

"True history," said Hearst, with a smile that was, for once, almost charming, "is the final fiction. I thought even you knew that." 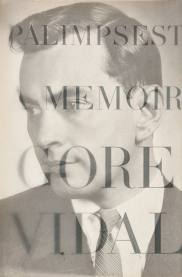 One day, in the spring on 1950, I was invited to lunch by a very ambitious, very young southern novelist who wanted to shine in those social circles that are, for the most part, closed to very young ambitious southern writers. Like Capote, he wanted to be accepted by what was known than as cafe society, and like Capote, he had mistaken it for the great and largely invisible to outsiders, world that Proust had so obsessively retrieved from lost time. In later years , I liked to pretend that Capote had actually picked the right ladder and I would observe,... Truman Capote has tried, with some success, to get into a world that I have tried, with some success to get out of. Truman was surprisingly innocent. He mistook the rich who liked publicity for the ruling class, and he made himself far too much at home among them, only to find that he was to them no more than an amusing person who could be dispensed with, as he was when he published lurid gossip about them. Although of little interest or value in themselves, these self-invented figures are nothing if not tough, and quite as heartless as the real things, as the dying Swan discovered when he found that his life meant less to his esteemed ... than her pair of red shoes.

Truman Capote was one of several famous people with whom Vidal feuded. He had public quarrels with William F. Buckley and Norman Mailer as well. As for the above quote, not knowing any rich people, I have no idea if Capote picked the right ladder or not. I do know the unfinished novel that came out of it, Answered Prayers, is a helluva read. As is Palimpsest.