Today we again take up technology. Not the kind that you find in your home, but the machines out in the public sphere that just like any store or shop asks to be paid for services rendered, only there's no salesclerk, just you and a button, or a few buttons. Increasingly these machines accept plastic or paper money, but traditionally took coinage. So check your pockets for any loose change and lets see what it will buy us. 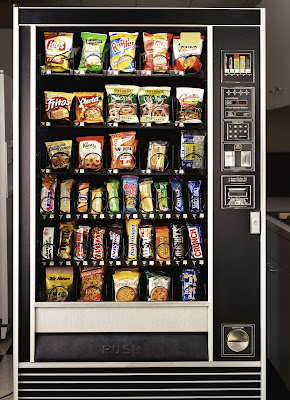 Lets start with that most ubiquitous of coin-operated mechanical devices, the vending machine. How do one work? According to the following video, better than ever:
Well, that was certainly an upbeat look at the latest technology, wasn't it? So, you no longer have to deal with sticking your hard-earned nickel and dimes into a snack machine only to have that bag of Doritos or Nestle Crunch bar get tantalizingly lodged between the glass and the spirally thing? That's a relief! 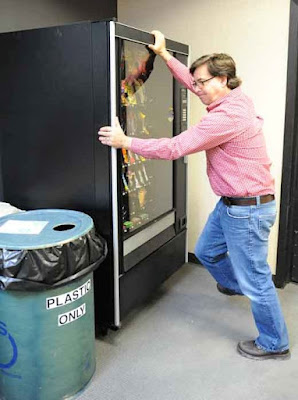 Must be one of the older models. And that guy better be careful, or he could end up like... 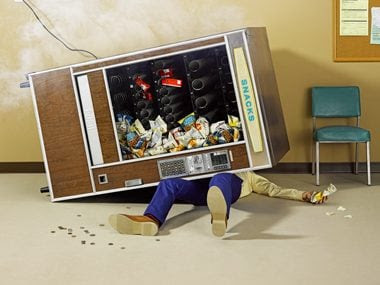 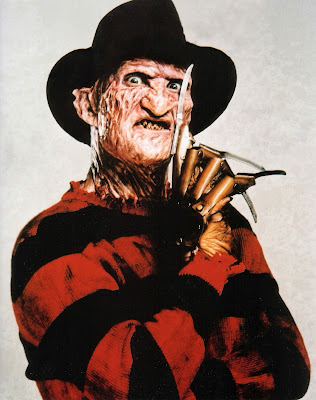 Ever fantasize about having a claw? Thanks to coin-operated technology, you can have the next best thing:
Nice, and just think, unlike Freddy's claw, no teenagers were killed in the making of this video. Heck, the stuffed rabbit wasn't even damaged.

Though there were precursors, some going all the way back to the Roman Empire, the coin-operated machine era basically begins in the early 1880s, when London railway stations introduced devices that for a small price dispensed postcards and envelopes. This was the same decade that saw the invention of the electric light bulb, but the first vending machines were more like traditional clocks, relying on gears and levers and springs for the exchange of goods and services. Eventually, the technology evolved to the point where you had to plug them into a wall, but there are still a few that do things the old-fashioned way, such as those quite-common machines that dispense unwrapped gum and candy:

Since this video was first posted on YouTube in 2015, it's received an astonishing 98,167 views. In case you were thinking of making a purchase yourself, I'm sorry to say one or more of those 98,167 viewers have beaten you to it, and the machines are no longer up for sale. 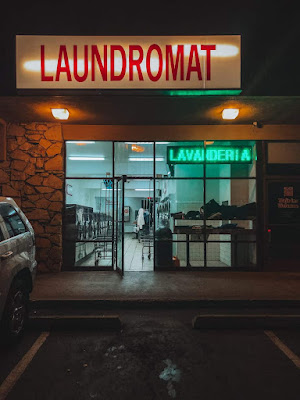 Back to the big coin-operated boys, such as washers and dryers, which have a building all their own. Often a kind of a seedy-looking building. I don't think it's age. I think laundromats are built seedy-looking. It's in the blueprints. But that just gives them a kind of transient charm. Just the thing for transient relationships:

Well, I'm not going to take my laundry there. With all that singing, I wouldn't hear that little beep that tells me the load is finished! 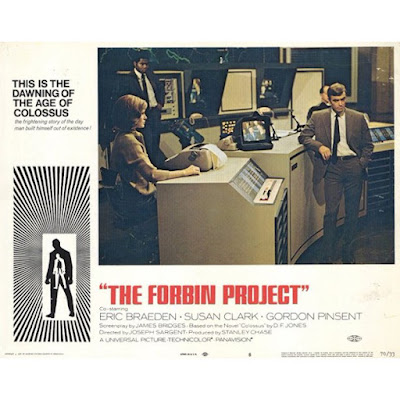 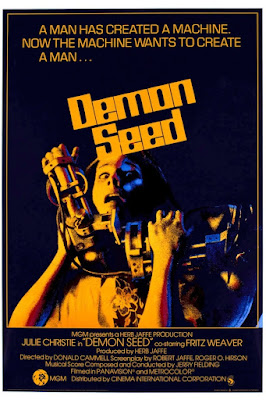 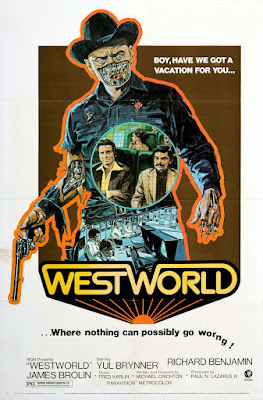 Machines attaining human-like emotions has been a staple of science-fiction for what seems like forever. And usually those machines with human-like emotions end up wreaking havoc on humans with human-like emotions. Really, it's much better to build a machine with dog-like emotions. Those machines would be loyal and never turn on their human masters, as long as you kept them well-fed. Still, I can't help but wonder if the machines-wreaking-havoc-on-humanity genre is really what would happen if machines had hearts. Especially, coin-operated machines. Pay phones obviously can't feel, or else they all would have ganged up and beat the hell out of a cell tower by now. And anyway, when we humans experience heartbreak, we don't always take it out on others. We only do that 90%, maybe 91%, of the time. After that, we usually take it out on ourselves. And so too, I think, would a machine:

Many of you, maybe even most of you, will recognize the late Dom DeLuise, whose birthday falls today. But what about that talking weight machine? Whose voice was that? 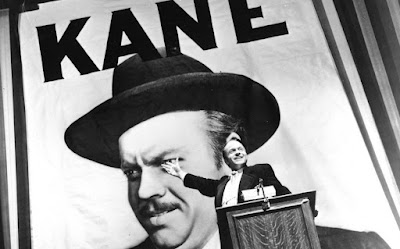 That coin-operated machine didn't say "Rosebud" before it ceased operation, but it could have.