Selling Your Sole to the Devil 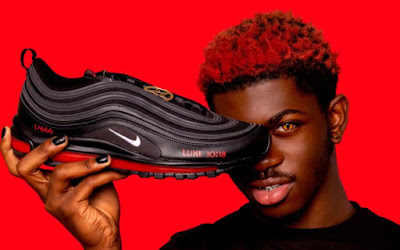 Have you heard the latest controversy? Last week,  as a promotional tie-in to his new video,  rapper Lil Nas X put on sale 665 satanically-modified Nike sneak--oops, I'm dating myself--athletic shoes, with a drop of human blood in each and every one, at $1,018 a pop. If all you Iron Maiden fans out there are wondering about the 666th, that's to be raffled off in the near future (so, in order to pull this off, did 666 different people get pricked with a needle, or did one person just get pricked 666 times? I can't help but wonder about these things.) As evidence that capitalism is still very much with us despite some devastating blows of late, all 665 pairs sold out in less than a minute. Not that every single customer that ordered one got it delivered to their door via Amazon or whoever, as Nike Inc.--which didn't authorize either the modification or the sale and certainly not the raffle--has won a temporary restraining order halting the delivery of the fallen angel footwear. The multinational corporation--headquartered in 14% Catholic, 30% Protestant, and 27% religiously unaffiliated Oregon but with most of its factories in Buddhist East Asia--is planning other legal action as well. I guess I can see where Nike is coming from. Nobody likes having their brand coopted, especially without their permission. That said, Nike should be careful about (as numerous biblical quotes put it) reaping what they sow, or (as Hesiod by the way of Edith Hamilton puts it) opening up a Pandora's box, or (as 1001 Arabian Nights by way of Sidney Sheldon puts it) letting the genie out of the bottle. After all... 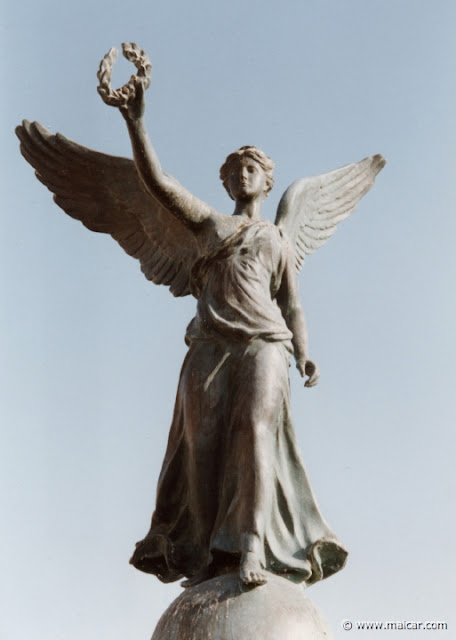 ...a certain Greek goddess might complain that it was originally her brand that was coopted.