Vital Viewing (You Have a Right to Remain Silent Edition) 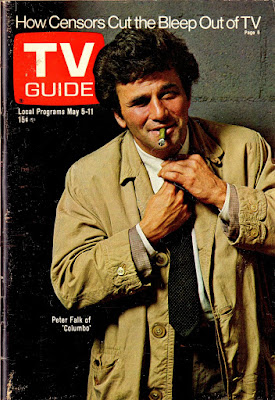 Actor Peter Falk was born on this day in 1927 (he died in 2011.) He's best known for playing Lieutenant Columbo, the highly-effective homicide detective who successfully cons murder suspects into believing he's anything but. The made-for-TV movie series ran, off and on, for about 20 years. Early in that run, Falk won an Emmy for the role, which he accepts in the following clip as William Conrad and Mitzi Gaynor look on:

In his acceptance speech Falk thanks a writer named Steve Bochco. This is the same Steve, or Steven, Bochco, who would later go on to create and produce Hill Street Blues, LA Law, and NYPD Blue. It took a bit of detective work of my own, but after combing through various pieces of evidence found at both IMDb and YouTube, I found a Bochco-scripted clip. Patrick O'Neal plays the person of interest:

I'm not going to tell you who the murderer is. You'll just have to figure that out for yourself.