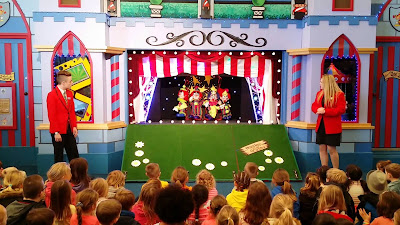 What's that you say? You'd rather watch a superhero movie? One with lots of special-effects? Now look here, you young whippersnapper, before digital animation, before stop-motion photography, puppets were special-effects, the original special-effects. And just to prove my point, I'll give you a sampling: 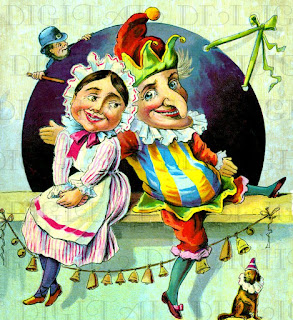 We'll start with the husband-and-wife team Punch and Judy. They first got their start in the middle of the 17th century, and by 1950 were still playing to full houses--or maybe just full daycare centers. Watch:

Nothing like a little domestic violence to keep the young ones occupied. 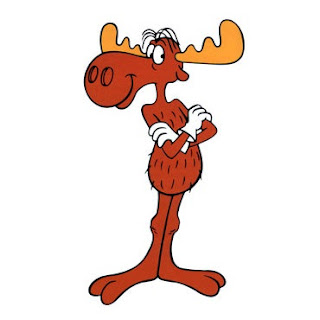 Next up is Bullwinkle J. Moose. But wait, isn't he a cartoon character? So he is, but early in his career he occasionally made appearances in puppet form, such as when he guest-starred on Fractured Flickers, a 1963 comedy show hosted by character actor Hans Conried (born on this day in 1917, incidentally) in which silent films from the 1920s and earlier were lip-synched  by the same actors who worked on Bullwinkle's cartoon show (as both were produced by Jay Ward):

OH, MY GOD! Foul play! Does Rocky the Flying Squirrel have an alibi? 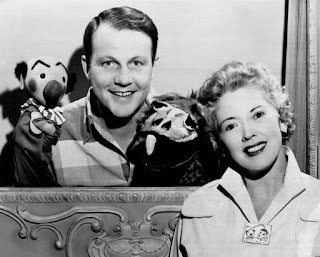 Next up is Kukla, Fran, and Ollie. As a kid in the late 1960s and early '70s, I watched them host the CBS Children's Film Festival that came on right after Saturday morning cartoons. You only saw the trio (and heard puppeteer Burr Tillstrom) for a little bit at the beginning and the end as most of the hour was devoted to a foreign film (no, nothing by Fellini or Ingmar Bergman--these were made for kids.) KFO's real heyday, which I unfortunately missed out on as I hear even Orson Welles was a fan, was about fifteen years earlier, in the 1950s:


In case you haven't figured it out for yourself, Kukla was supposed to be a clown, Ollie a dragon, and Fran Allison a flesh-and-blood human being. Obviously, they came from three very different walks of life. A high-concept show indeed! 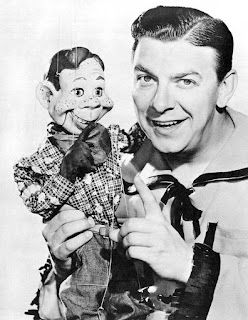 Now puppets come in many forms, but the two most common seem to be hand puppet, like Kukla and Ollie, and marionettes, like that freckled-face boy on the left in the above picture. If you don't recognize him, it's Howdy Doody, who, along with his human sidekick Buffalo Bob, starred on a popular children's program in the 1950s. Again, this was before my time, but, fortunately, I was around when Howdy and Bob made an appearance on a 1970s show about the 1950s:


If you're curious as to the identity of Clarabell the Clown, well, in the above clip it was Bob Brunner, who also wrote that particular episode of Happy Days. As for who played him in the 1950s, it was several actors throughout the decade, the most well-known of whom was Bob Keeshan, who later went on to even greater success playing another children's show favorite, Captain Kangaroo. And as to whether Life magazine really would have paid a large sum of money for a picture of Clarabell without makeup, only Henry R. Luce knows for sure, and he ain't talking. 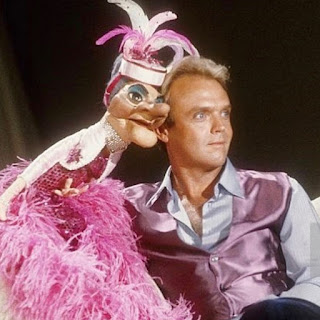 People don't generally think of ventriloquist acts as puppet shows, but that's pretty much what they are. The only difference is that you see the puppeteer. What's the secret of a successful ventriloquist? That they can throw their voice or talk without moving their lips? Nah. Edgar Bergen was a star on radio, where those abilities hardly mattered. No, a ventriloquist can move his lips all he wants as long as can successfully deflect attention to the doll, dummy, or puppet. And to do that, one needs to make the doll, dummy, or puppet a memorable character, as Wayland Flowers did a generation or so ago when he brought unto this world Madame, a glamorous, aging nymphomaniac, basically a drag queen in the form of a puppet:


Wayland Flowers died of an AIDS-related illness at the far too young age of 49 in 1988 (when that horrific disease was just beginning to take its toll on the arts. Some day when I'm in the mood to depress everybody, I'll list all the well-known names that were lost.) There were rumors early on that Madame was buried with Flowers, but it turns out he left her and other puppets to his manager, and from time to time Madame is allowed to perform in public with comedians who can successfully mimic her (actually Flowers') voice. My initial response to that was: accept no substitutes. But it may be just what Flowers wanted. His character has outlived him. How's that for memorable? 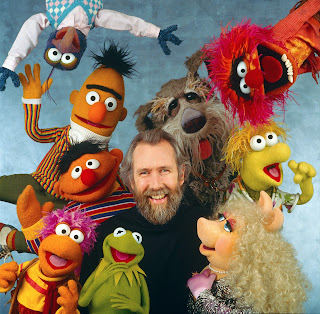 Finally, we come to perhaps the most successful puppeteer of all time, Jim Henson, creator of the Muppets (Marionette + puppets). There's no shortage of Muppet videos online, thanks to both the continuing popularity of Sesame Street, and fond memories of The Muppet Show, the latter group of characters (now owned by Disney) having appeared in a movie a few years ago, another TV show, and generally still considered a viable commercial property. However, the clip I want to show is from neither Sesame Street nor The Muppet Show (though the star of the clip appeared on both) but a 1971 Dick Cavett Show:

Well, what did you expect? Cavett had a late night talk show. Of course the humor is going to be a bit more edgy than what you'd see on Sesame Street.
Posted by Kirk at 8:30 AM